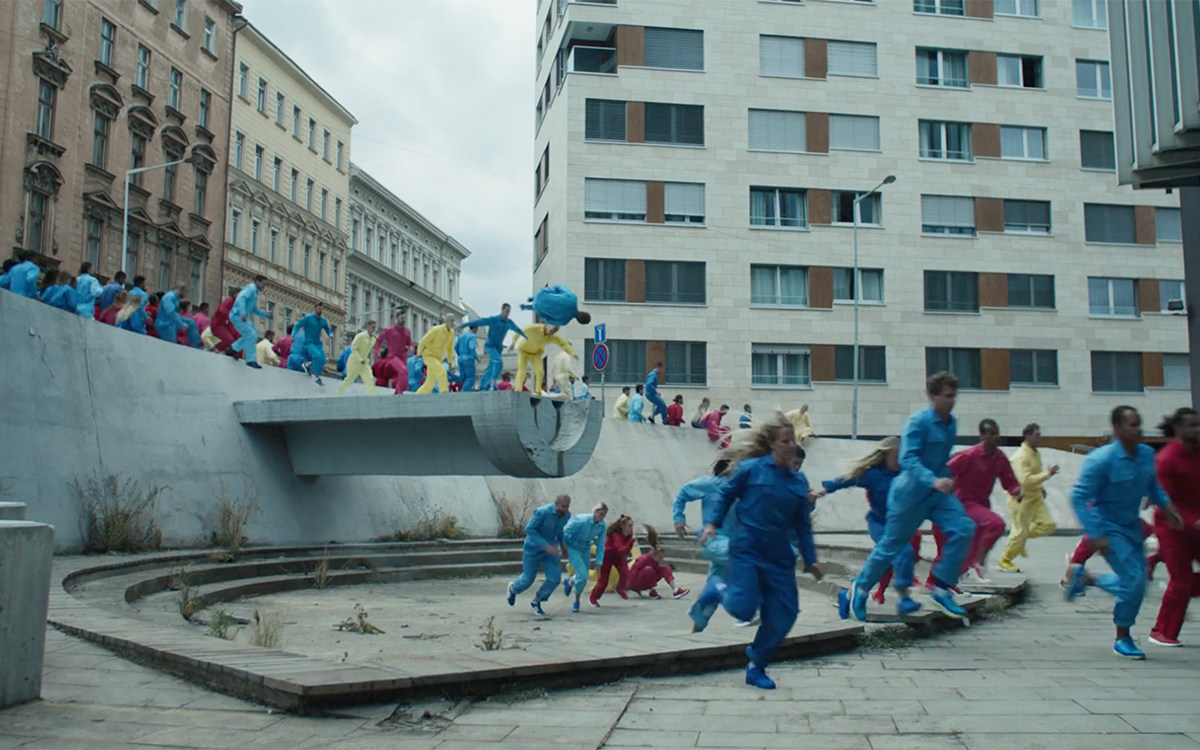 Sanders’ balance of epic vision, immaculate detail, and resonant humanity has made him one of the most sought-after, decorated directors for clients with large-scale projects in mind. Shortly after signing with MJZ in 2005, Sanders directed the epic “Joy,” to launch Xbox 360. Later on that year, “Joy,” along with Adidas’ “Made to Perfection,” earned him an Outstanding Commercial Director nom from the DGA, an honor for any director, but particularly one still so early in his career.

In 2008, Rupert followed this success up by sweeping the Clios, ANDYS, Addy’s, AICP, D&AD, and Cannes awards for his subsequent Halo spots and his work for Puma, Nike, Nokia, Sears, and Toyota. In addition to bringing home a Grand Prix, Titanium and Grand Prix Film for Halo3 “Believe,” the spot was named one of Boards Magazine’s ‘Top 10 Spots of the Decade.’ The Visual Effects Society noticed Sanders’ artful evolution into computer-generated effects with an honor from New Deal Studios. That same year, Sanders’ spot for Travelers, “Delivery,” was nominated for a commercial Emmy. That work for Travelers, Jordan “Clock Tower,” and Monster.com “Legs” then garnered him a second nomination for the coveted DGA Award, in 2008. In 2009, Sanders took on the ambitious challenge of achieving a one-shot take projection dance extravaganza for Puma “Lift.” That very same year, he helmed “The Spark” for Adidas, an epic shot in the Pulp Noir graphic novel style, and earned himself an AICP award for Jordan Brand’s “Field Generals.” 2009 marked Rupert Sanders’ third nomination for the DGA award.

In 2010, Sanders’ latest collaboration with Xbox for Halo ODST, “The Life,” won a Gold for Cinematography, a Silver for Direction, and a Bronze for Entertainment and Leisure, at the Cannes Advertising Film Festival. The epic also took home four AICPs and four Clios, among others. Also at Cannes that year, he earned a Gold in Cinematography for Adidas “The Spark,” and Bronzes in the categories of Editing for Nike “Slap” and Entertainment and Leisure for Microsoft “The Life.” At the Clios, Adidas “Spark” won a Gold for Cinematography, while Nike “Field General, Nike “Slap” and ITV “Brighter Side” each earned Silver for Cinematography. Later that same year, Absolut “Anthem” earned Sanders an AICP Award and his 2nd Emmy nod.

In 2011, DirecTV “Robots” took home Bronzes for Commercial Public Service at Cannes, Direction and Sound Design at Ciclope, and Editing at the Clios, as well as a Silver at Ciclope for Visual Effects and an AICP for Sound Design. DirecTV “Submarine” won a Bronze for Cinematography at the Clios. Axe’s “Even Angels Will Fall” won Silvers for both Visual Effects at Ciclope, Direction at the Shots Awards and the Grand Prix for Creative Effectiveness in Cannes. Sanders was also up for Director of the Year at Shots, and his work for Call of Duty: Black Ops, which had already earned a Gold for Direction at Ciclope and an AICP for Production, was cited as one of the standout spots that crowned MJZ Shots’ Production Company of the Year.

In 2012, he premiered his feature debut Snow White and the Huntsman, Universal’s dark, fantastical take on the fairytale, starring Chris Hemsworth, Kristen Stewart, and Charlize Theron.

Throughout 2013, Rupert continued to create visually compelling work including a winter sports wonderland for Nike as well as a stunning portrait of love for Axe out of BBH London depicting leading world dictators choosing peace over war. Sanders is currently in development with a slate of theatrical features.