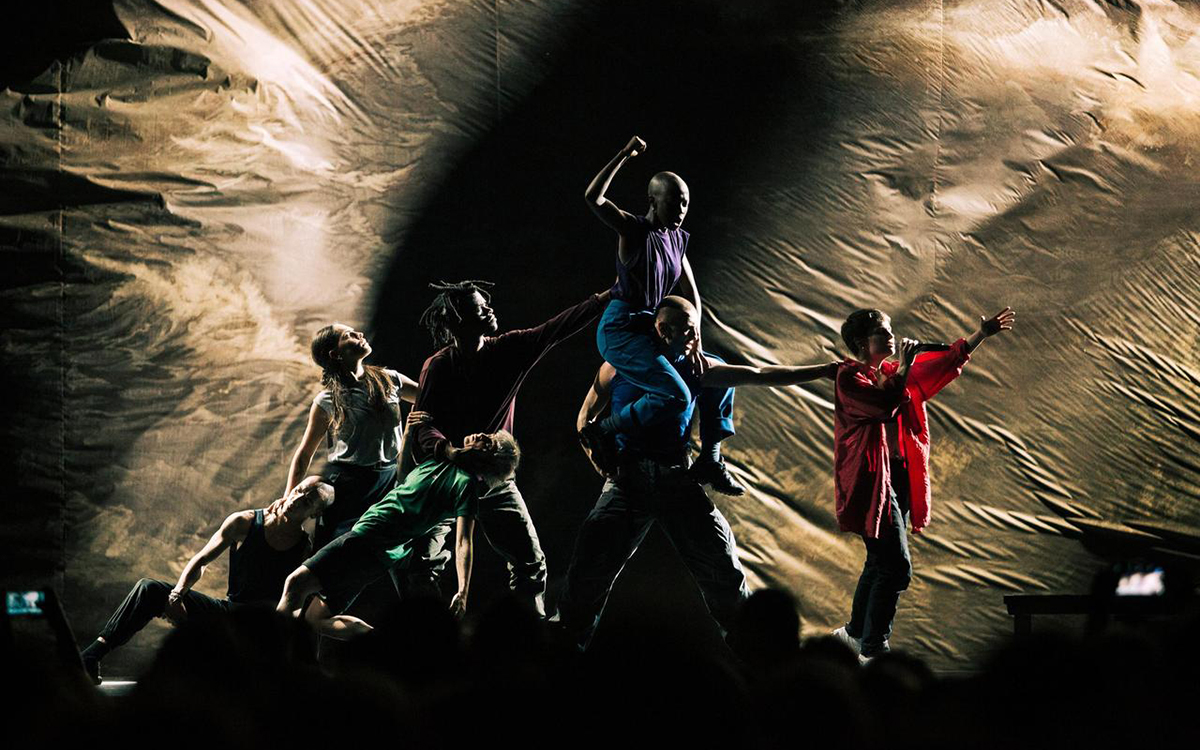 (LA) HORDE is a collective of three artists founded in 2013, bringing together Marine Brutti (born in Gonesse in 1985) and Jonathan Debrouwer (born in Soisy-sous-Montmorency in 1985) – both graduates of HEAR – École Supérieure des Arts Décoratifs de Strasbourg in 2010 (Video and Performance Program) – and Arthur Harel (born in Paris in 1990), whose choreographic training comes from the Conservatory of Dramatic Art in the 6th Arrondissement of Paris, graduating in 2011.

In residence at the National Ballet of Marseille since September 2019, (LA) HORDE creates choreographic pieces, films, video installations and performances with the moving body as the main subject. Using multiple mediums, they develop stories and actions that are rooted in contemporary issues and which are spread across multiple narrative spaces.

“(LA) HORDE collaborates with communities of individuals on the fringes of the majority culture on an artistic journey borne of solidarity, such as septuagenarians, the blind, smokers and adolescents. Opposed to any form of hierarchy and cultural appropriation, they practice interrelation and cooperation. Vigilant and inquisitive, they’re always on alert. The body is at the center of their creation. They develop works that originate from their meetings with different online communities in order to define what has become of dance after the advent of the internet, a subject dear to (LA) HORDE, which led the members of the collective to define the phenomenon as “post-internet dance.”

Research on post-internet dances and viral dances made the collective want to explore their origins and to understand where any folk or traditional influences could be found. In 2019, the collective will present its next choreographic piece, “Weeding and Riot,” with Georgian dancers.

In 2018, they collaborated with Christine & the Queens on the artistic direction of her choreography and the staging of her concerts, live show & TV appearances.

During the 2017 edition of Nuit Blanche, at the invitation of Charlotte Laubard, (LA) HORDE created a large-scale performative installation entitled “The Master’s Tools,” bringing together 130 performers in an abandoned warehouse 7000 square meters in size. In this ballet of vehicles – here instruments of repression as well as objects of fascination – supercharged and rebellious bodies brushed shoulders with each other. You never know which side of the screen you are on, whether you are at the heart of a demonstration or of its representation.

The collective’s “To Da Bone” (2017) was a work which looked to address a certain “intimate revolt” of today’s youth, who seek to question the role that new media, and particularly social networks like Facebook and YouTube, can play in their ability to mobilize crowds and generate opposition movements.
Their first short film “Novaciéries” (2015), which also tackled the concept of post-internet dances, had great success at international festivals such as the Nouveau Festival Centre Pompidou (France), IFFR (Netherlands), Clermont-Ferrand (France), Slamdance (USA), Tous écrans (Switzerland) and Cinédans (Netherlands).